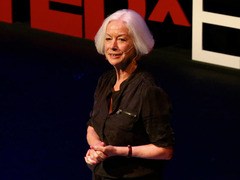 How do you deal with a bully without becoming a thug?

It’s a question that’s on my mind today.  And I’m sending psychic vibes to the folks rioting in Baltimore for them to seriously ask themselves this question too. And for the police officers who daily make decisions of how to engage with citizens of their city.

I understand the building racial tensions and the need to rise up and express frustration for injustice (perceived or real) and oppression.  However, the chaos is scary and seemingly misdirected.  But what do I know?  Only by chance and circumstance was I born a white female in the USA and will never walk in the shoes of anyone in that crowd.

Like millions of other people, I may be inclined to cheer on Joya Graham, the mother who pulled her masked son out of the mob because she didn’t want him to be a “Freddie Gray.”  Parents taking responsibility and protecting their kids is a good start.  Although all that face slapping doesn’t seem like something to applaud.  It feels like we just witnessed how that young man learned that violence is how to express yourself and force someone to do what you want…right?

There’s got to be a better way to express anger and regain control than brutalizing young men, lighting things on fire and slapping each other.

There’s got to be something to learn here.

I set out today to understand a little more about anger and violence and change, and came across a TED Talk “Fighting with nonviolence“ from peace activist Scilla Elworthy that you might find valuable as well.  Not just for broad social matters such as racial riots, but dealing with bullies or any other places where power and force are at play.

I’m going to keep looking and asking the questions.  Maybe you will too.

Scilla Elworthy
TED Talk: Fighting with nonviolence
How do you deal with a bully without becoming a thug? In this wise and soulful talk, peace activist Scilla Elworthy maps out the skills we need — as nations and individuals — to fight extreme force without using force in return. To answer the question of why and how nonviolence works, she evokes historical heroes — Aung San Suu Kyi, Mahatma Gandhi, Nelson Mandela — and the personal philosophies that powered their peaceful protests.

Generally and genuinely fascinated by how there has never been and never will be anyone like you in the world. View all posts by Laura Lallone

What People Are Reading